Back in 2009, I founded Expert Labs based on the idea that technology could help all of us better engage with our government and encourage policy makers to listen to us. 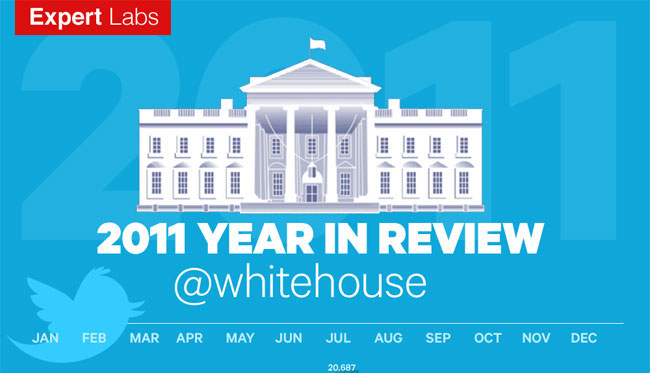 The idea was, frankly, a bit nebulous and hard to explain, but the ambition and optimism of the mission has attracted some of the greatest talents I’ve ever worked with. Gina Trapanijoined a few months later, followed a few months later by Andy Baio and finally Clay Johnson. Along the way, we’ve made some extraordinary progress. From our initial effort supporting the White House’s Grand Challenges initiative to publishing deep insights into the Twitter Town Hall at the White House to making detailed recommendations about the future of Open Government and creating a complete overview in infographic form of the White House’s use of Twitter in 2011, we’ve been constantly publishing what we’ve learned about how government can use social media better to listen to regular citizens.

We’re also into making some serious technology. Our flagship platform ThinkUp has been growing by leaps and bounds (more on that below), but it’s just as importantly working to power tools like the Federal Social Media Index. The FSMI is the first tool to give a live dashboard of how federal agencies are engaging with citizens on social media, and was probably the first tool to collect all of the different agencies’ social media accounts in one place.

Interesting way to look at resonance of ideas in #SOTU from @expertlabs: Twitter Reacts to the State of the Union 2012 t.co/CD98COq2

Interesting way to look at resonance of ideas in #SOTU from @expertlabs: Twitter Reacts to the State of the Union 2012 http://t.co/CD98COq2

But Expert Labs was always conceived as an experiment, a focused project backed by the MacArthur Foundation for two years working to get the public to engage with policymaking. When we started in 2009, early in the current administration’s tenure, the idea that ordinary people would gather together on social networks in order to have their voices heard by lawmakers seemed ridiculous. Just over two years later, it’s not just reality, it’s a proven form of engagement which has had profound effects.

We don’t claim that Expert Labs caused that success, but we are extremely proud to have played a part in promoting these ideas, in building tools that have helped people understand what’s possible, and in engaging an incredibly dedicated and passionate community of technologists, developers, policy makers, public servants and ordinary citizens who are united in the belief that the technologies we use to power the web can also make for a better society.

So, Expert Labs is ending, as we noted on our team blog last week. But the work we’ve been doing is going to continue in a new format.

Perhaps more than anything else we’ve done at Expert Labs, we’ve been thrilled by the success of our ThinkUp platform. In some ways, it’s a simple tool: An open source app that runs on a web server and collects all of your activity and data from your social networks.

But what ThinkUp represents is a lot of important concepts: Owning your actions and words on the web. Encouraging more positive and fruitful conversations on social networks. Gaining insights into ourselves and our friends based on what we say and share. And the possibility of discovering important information or different perspectives if we can return the web back to its natural state of not being beholden to any one company or proprietary network.

We think these goals, and the values that inform them, are important. So Gina Trapani (the creator of ThinkUp) and I, and our open source community of hundreds of people who participate in the project, are going forward with ThinkUp as its own new business. We’ll share some parts of the mission of Expert Labs, but express them through a company that’s purely focused on making a product, and an experience, that ordinary people on the web can make use of.

We’ll talk more about the details of this in the future as things get more defined, but right now there’s one specific thing I’d personally ask you to do to help us make this possible:

If we’re able to get ThinkUp’s submission among the top 5 entries for the News Challenge, it will improve our odds of being considered for a grant from Knight. If you’ve never given the app a try and you’re a geek go Check out ThinkUp and I think you’ll see why we’re so excited about its potential for the future. Once you’ve done that, go read Gina Trapani’s post about ThinkUp’s future, and join us on Github to be part of our future.

Finally, I want to extend my sincere thanks to all who have made Expert Labs possible:

Okay, enough of the awards show thank-yous. We’ve got work to do! Go Like that Tumblr post and we’ll talk more about ThinkUp soon.