Mark Zuckerberg built himself a political action committee called FWD.us, and they’re diving headfirst into trying to change immigration policy as their first priority. They seem to have good goals, and they’ve already adopted some extremely polarizing tactics, so I’ve tried to collect my thoughts here, as informed by a roundtable conversation yesterday which included FWD.us President and co-founder Joe Green. Spoilers: I don’t have a simple, easy “It sucks!” or “It’s great!” conclusion about FWD.us, but hopefully I’ve put together enough perspective here to help inform the discussion, provide some specific areas of improvement for the PAC, and offer a useful starting point for the discussion within the tech community of how we’d like to be effective in driving policy, whether specifically about immigration or on any broader issue.

It’s already clear that with FWD.us, the tech industry is going to have to reckon with exactly how real the realpolitik is going to get. If we’re finally moving past our innocent, naive and idealistic lack of engagement with the actual dirty dealings of legislation, then let’s try to figure out how to do it without losing our souls. 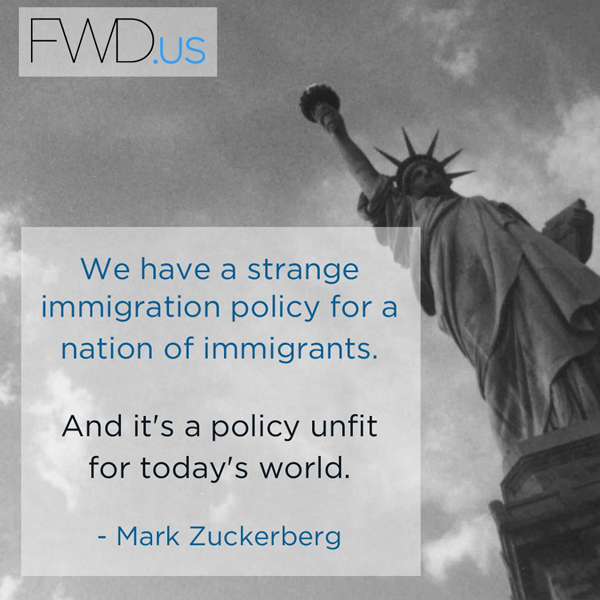 Mark Zuckerberg wrote an editorial in the Washington Post a few weeks ago announcing the launch of FWD.us, in concert with a list of prominent Silicon Valley supporters. (Post CEO/Chairman Donald Graham is on Facebook’s board, hence the choice of platform.) Zuck started by listing top-tier tech execs like Reid Hoffman, Eric Schmidt and Marissa Mayer, went through listing VCs and investors who are well known within the industry, and concludes with former Facebookers Aditya Agarwal and Ruchi Sanghvi, who aren’t big names in the industry but are actual immigrants, in contrast to most of the other backers. Shortly after launch, names like Bill Gates, Reed Hastings and Fred Wilson were added as they apparently became financial backers as well.

All those dollars are being spent to support an organization that’s pretty small — half a dozen people in Silicon Valley and four people on the ground in DC. ADrian Chen’s excellent look at FWD.us offers lots of good perspective on the functioning and funding of FWD.us, but this is an organization that seems to be built with a long-term mission in mind.

I’ve long wanted the tech industry to engage in a serious and effective way with the policy world. At the peak of the protests against SOPA and PIPA, my dream was that we might black out our sites in protest of torture as state policy rather than simply focusing on self-serving goals. And while we’ve thus far had limited avenues for participation such as the White House’s innovative petition platform, we obviously haven’t played in the serious realm of policy before, either with our attention and interest or with the greasing of palms that actually makes legislation happen in DC.

So if we’ve got a practical organization working on meaningful problems and that’s what I’ve wanted the tech industry to do, why am I so concerned? Let’s take a look.

This is Zuckerberg’s Game 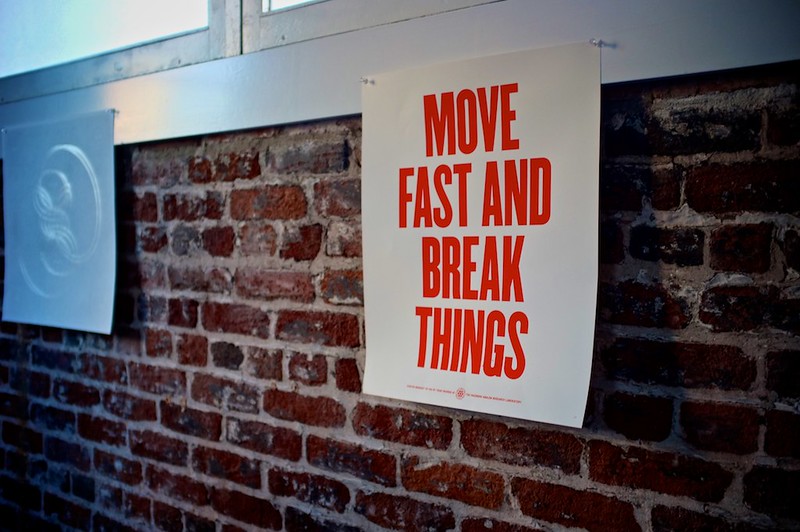 I come by my skepticism about Mark Zuckerberg sincerely. This is a man who’s an absolute radical extremist when it comes to issues of identity and privacy. He ignores his own privilege when making decisions that impact the lives of billions of people around the world. And his single greatest credential for engaging in civics or the public sphere was stage managed by Sheryl Sandberg in response to an unflattering movie portrayal. Worse, his donation to those Newark schools has yet to yield any substantive results, despite its extravagant scale. There’s very little to indicate that Zuckerberg’s ability to make a popular social network translates into effective policy advocacy. Worse, his extremism in regard to people’s personal information and identities as seen as some esoteric tech concern, and not as a serious threat to civil rights and personal freedom with significant political implications.

Mark Zuckerberg already has tremendous political impact, but it’s in realms that most people in mainstream society don’t yet identify as being political, including Zuckerberg himself.

But folks like Joe Green (From NationBuilder and Causes, and President and Co-founder with Zuckerberg of FWD.us, though the site lists him as “Founder”) and Daniel Shih (a Rhodes scholar Stanford Grad who worked as a policy analyst for Joe Biden) are much more credible and intentional political actors than Zuckerberg. Both of these guys have engaged with policy for some time, and to their credit they also have reasonable credentials for being sincere in their desire for meaningful immigration reform. So let’s look at what they’re doing right and wrong.

Zuck's new lobbying organization fwd.us is cynical and crooked and it's going to bite the tech industry in the hand http://t.co/W4N9Qvx65G

How to get this right

There are a lot of good intentions, and a lot of grave concerns, about FWD.us. Here’s what they can do to address these issues, making the PAC both more effective and less fraught with risk.

One of Mark Zuckerberg’s most famous mottos is “Move fast and break things.” When it comes to policy impacting the lives of millions of people around the world, there couldn’t be a worse slogan. Let’s see if we can get FWD.us to be as accountable to the technology industry as it purports to be, since they will undoubtedly claim to have the grassroots support of our community regardless of whether that’s true or not.

And some related pieces from my own archives here: