Over the weekend, we had the chance to explore the newly-opened Moynihan Station, the massive new expansion to Penn Station that's been in the works for decades. Though it ostensibly serves as a welcoming and modern new facility for Amtrak and Long Island Railroad passengers, it's very clearly also meant to undo some of the psychic scarring the city has endured since the old Penn Station was torn down in 1963.

It feels surreal in some ways, as a long-time transit nerd, to see Gothamist covering the opening of the station like it's... an actual thing that has happened! There are lots of understandable misgivings and valid criticisms of the end result (as well as Governor Cuomo's grandstanding around it), but like the New Year's Day debut of the Second Avenue Subway line four years ago, it's still also just astounding that it exists at all. Alongside the similarly flawed-but-at-least-it-exists new PATH station at the World Trade Center, Moynihan Station both reflects a remarkable new era of massive public works and the disappointing reality of new spaces largely feeling like giant shopping malls with many human affordances like decent bike access and sufficient seating compromised from the state. At least, as we've seen at the PATH station, these kinds of needs can sometimes be addressed, through solutions like the temp-ermanent seating that has shown up over the past few years.

Then there's the art. Others have writtenfar more eloquently than I ever could about the signature pieces by Kehinde Wiley, Stan Douglas and especially Elmgreen & Dragset's stunning "The Hive", but my biggest takeaway was that this was public art that actually made me feel something! Our public spaces desperately need that — and it is an element sorely lacking from the WTC PATH station. My only quibble is that the best of these works are tucked away into the secondary hall, where ordinary travelers might easily miss them. But perhaps they'll take the walk just to see them, especially once they're proximate to the new food court and other services. 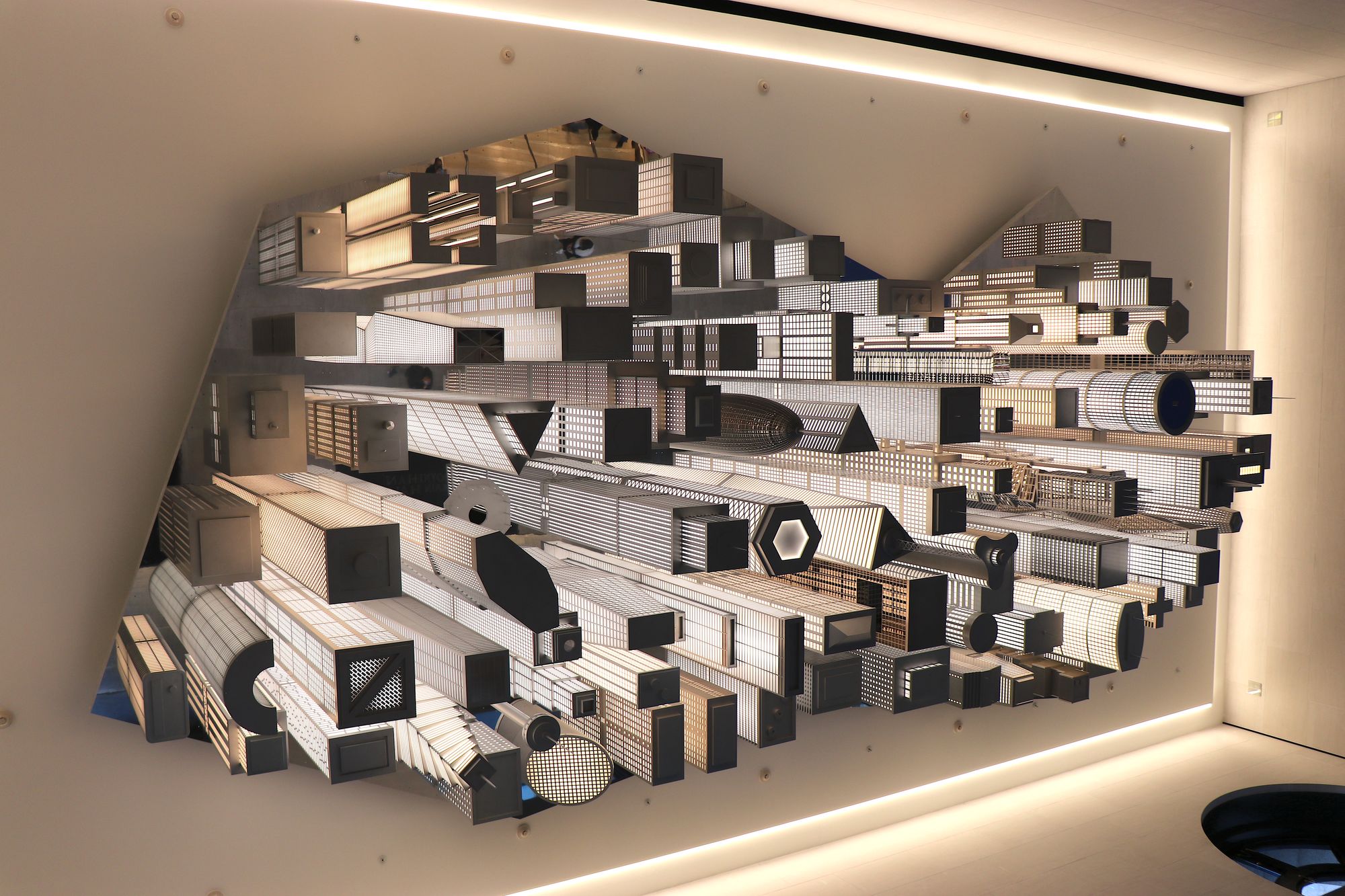 I'm hardly a great photographer, but things like the pure movement and joy of Wiley's "Go" made me want to take pictures like I was a tourist. And that matters to me a lot precisely because I am *not *someone who'll be using this new station as a daily commuter, or as a wide-eyed tourist marveling at The Big City. I want public spaces that feel like they're for New Yorkers, and though I rolled my eyes at some aspects of this new station (ah yes, these bathroom fixtures strongly convey that Cushman Wakefield sees this as a mall that might someday house an Apple Store), I did feel like the bones of a place that might become part of real New York do exist here.

In some ways, that makes Moynihan Station not a spiritual successor to the old Penn Station — which most of us alive today only know as a ghost or myth or fable about the birth of the modern conservation movement, and a symbol of the rise of Jane Jacobsism. Instead, it's more of a better-looking sibling to Penn Station, which undoubtedly sucks but is truly, really New York for folks who live here. That sense of being a real part of the city is perfectly captured toward the end of this interview of Desus & Mero talking to Chris Rock, when they all wax rhapsodic about Madison Square Garden. Yes, the Knicks suck. No, nobody likes the Dolans. But the energy of Chris Rock talking about the absolutely monumental events he's witnessed there (and how they remind me of some of my own equivalent memories) — it feels like Moynihan Station could absolutely be the place you stumble through after coming off of one of those true New York moments.