Last week, I wrote a bit about what it’s like to be on Twitter’s suggested user list. The response to that post has been really gratifying, and I wanted to share a bit of what I’ve learned, as well some of the more interesting responses.

First, to recap: I had about 18,000 followers of my own back in October, when I got added to the suggested user list. (Let’s call these “organic” followers.) If I’d have continued my normal rate of growth, i’d have about 25,000 followers today, but thanks to being on the list, I’ve got close to 300,000 followers. Surprisingly though, I only get as many retweets and replies as I’d get with my organic number of followers.

I thought at first that maybe the list wasn’t valuable to me because I’m not a celebrity; maybe I’m just noise, but could bigger brands find some value by having a large number of followers?

The Results Are In

As I hoped, my initial post about my experiences inspired others on the list to chime in with their findings.

I mentioned in my earlier post, that Kim Kardashian is being paid $10,000 a tweet to promote sponsors on her Twitter account. But what are those sponsors paying for? Because, while she clearly has influence over a certain community, and her Twitter page says she has about 2.7 million followers, I think the reality is obvious: Nobody has a million followers on Twitter.

Does that mean Twitter’s follower counts are lying? No. Instead, Twitter accounts that have over half a million followers listed actually represent (at most) a few hundred thousand people who’ve chosen to become organic followers of someone, along with millions who are passively along for the ride. Some of them are inactive users, some are spammers, some just ignore the noise of the accounts that don’t interest them, like spam in an email inbox. But they can’t count as “followers” in any meaningful sense.

A few people have asked what my goal is in writing about the experience of being on the list, and why I am offering up prizes to encourage asking questions about it. Well, perhaps the best way to articulate it is that I think the list is being used as a useful fiction for distorting the value and promise of this new medium.

There are incentives to promoting the fiction of the suggested user list, of course. If I were the brand manager or Chief Marketing Officer for some big company that got on the list, I bet I’d be proudly trumpeting to senior management that “our social media efforts are bringing us thousands of new followers a day on Twitter”. Somebody’s gonna get a huge bonus for being the beneficiary of an act of random benevolence. Hell, I’m a pretty persuasive guy — if I found the right (i.e. sufficiently desperate) media outlet, I could probably have sold my Twitter account to somebody for half a million dollars. Well, at least I could have until last week.

And the list preserves a certain amount of power and influence for Twitter itself. (Twitter the company, not twitter the medium.) Because, for every one of the organizations i quoted above mentioning how the suggested user list provided them no value, I got a private message from another list member confirming these findings but not wanting to be quoted on the record.

People being afraid to publicly state their opinion about something of little value for fear of antagonizing a particular company is a clear sign of a completely unhealthy dynamic. I don’t think the folks at Twitter would retaliate for public criticism by removing people from the list, because Twitter execs are both extremely busy and fairly thick-skinned, but it shows how insecure people feel about having won the follower lottery. (And how pageview-obsessed publishers are: Every entity that was afraid of being removed from the suggested user list is in the business of publishing content online.)

CNN famously reported on Ashton Kutcher beating them to be the first to get a million followers on Twitter; Today’s celebrity reporting often includes a mention of a celeb’s follower count as a matter of course. But I’m hoping to encourage some skepticism, to provide a basis for fact-checking that demonstrates these pronouncements are inherently suspect. It’s a bit like when I worked at a newspaper: Every reporter thought “Well, our circulation is a million copies, that must mean a million people read my column.” Facing the reality that only 10,000 of those people read the column, or that perhaps only 1,000 of them were reading the advertisement on the opposite page, forced a useful and important reckoning into some false assumptions that were underpinning that industry’s workings.

The truth: Nobody has been able to point me to a single Twitter account that’s earned over 250,000 followers on its own. Nobody’s been able to point me to a Twitter account on the suggested user list that’s gotten favorites, replies, retweets or responses from a larger number. And nobody’s been able to demonstrate why the inflated follower count numbers should be used as a measure of anything but the growth in signups to the core Twitter service itself. [Update: I had suspected some popular artist like Nicki Minaj, the Lil Wayne protege who has famously rapped about her Twitter following, might exceed these numbers. As it turns out, the highest organic follower count I’ve found is from teen pop heartthrob Justin Bieber with over 800,000.]

That leaves an inescapable conclusion. Nobody has a million followers on Twitter. And being on the suggested user list doesn’t add value to a Twitter account, regardless of whether you’re a regular guy like me, or one of the biggest brands in the world.

Reminder: I’m running a contest for ideas about how to get more data from my being on the suggested user list. I’ve been running Gina Trapani’s smart little Twitter application ThinkTank since before I was added to the suggested user list. As a result, I have an archive of all my followers, tweets and replies going back for months.I’ll provide a prize to one random person who suggests an idea of what information we should query from that data set, as well as one random programmer who contributes code to help.

Here’s the prizes and how to participate: 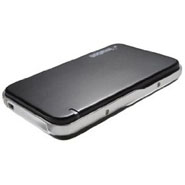 I’ll be picking winners for both prizes on January 15th.